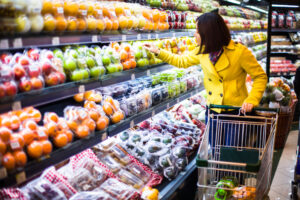 There is a well-known quote by the ancient Greek physician, Hippocrates:

“Let food be thy medicine and medicine be thy food.”

The ancient Chinese doctors were well aware of this concept, even before Hippocrates. In fact, they classified all foods according to their taste and temperature to achieve therapeutic effect. The tastes of food include: bitter, spicy, salty, sweet, sour and bland. The temperatures include cold, cool, neutral, warm and hot. These temperatures do not refer to the actual cooking temperature on a thermometer, but to the manner in which these foods act within the body.

Hot and warm foods are used to treat a person with a cold condition. Cold and cool foods are used to balance warm or hot conditions. This does not mean that there would necessarily be a fever present if the person has a hot condition. Heat can manifest in other ways. In the case of a skin rash, it may show as redness of the skin or localized inflammation. Cold may manifest in the body in ways such as a slowing down of the metabolism, in cold hands and feet, or with an overall feeling of cold in the body. There may also be a mixture of both cold and hot in different areas of the body. A person may have a hot skin rash on their leg, but they may exhibit cold symptoms in other parts of their body.

Just to give you an idea, here is a partial listing of foods according to their temperature characteristics:

In Chinese medicine, the best way to prevent or treat an illness is to always strive for balance. If a condition is mostly cold, warming foods are recommended. If a condition is primarily warm or hot in nature, cooling foods are recommended, although it is always best to avoid overdoing it. Too much of a good thing can be harmful. If your body is too warm, and you eat too many cold things, this can also create imbalance by throwing it in the opposite direction, so it’s best to use moderation. Always pay attention to the signals that your body is sending you. So many of us have lost touch with our body’s signals, so it is important to be practice being observant.

That being said, most skin disorders tend to be warm in nature, since inflammation is usually present. So, it is best to avoid warm or hot foods, and emphasize cooler foods. And although not necessarily a Chinese medicine concept, there is a lot of buzz these days about foods that cause inflammation. These foods may or may not be warm in nature. They include such foods as sugar, alcohol, shellfish, corn, deep-fried foods, foods containing trans-fats, deli meats, dairy products, and gluten. These foods are actually creating toxins in your body, which promotes the inflammatory process.

If you would like more information about the natures and temperatures of some foods, a good book that I would recommend is: