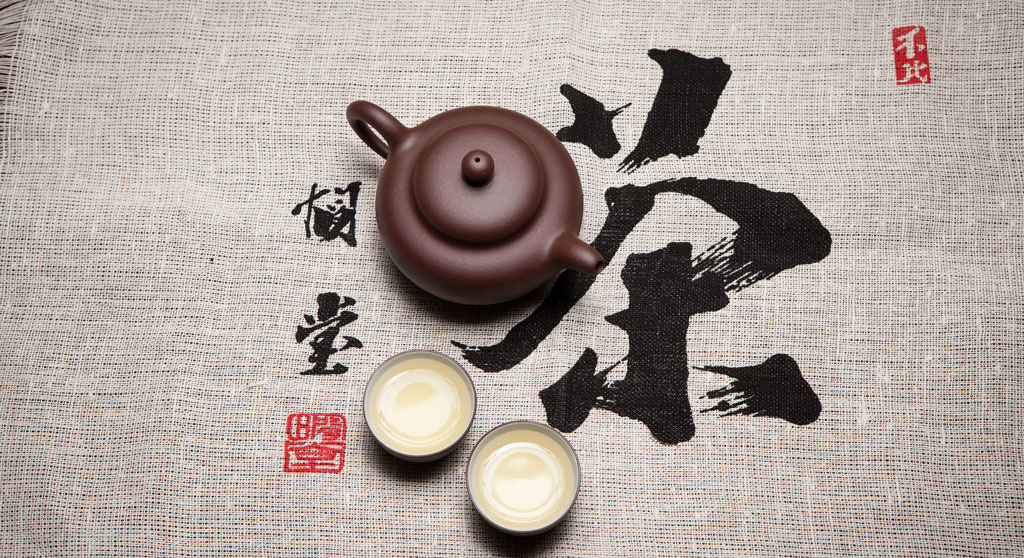 According to legend, tea was discovered by the emperor Shen Nong about 5,000 years ago in China. Shen Nong is credited with developing the practices of agriculture and herbal medicine in ancient China. It was said that Shen Nong would boil his water before he drank it to make sure that it was clean. One day, a leaf from a wild tea plant fell into his cup of hot water. Unknowingly, the emperor drank the tea, and he was very refreshed by the drink, presumably by the caffeine it contained. He realized that it had some healing and rejuvenating effect on the body, so he incorporated this plant into his already vast herbal pharmacopeia.

All tea comes from the same plant, Camellia sinensis. This includes many different varieties, depending on method of production. The different types of tea include black tea, green tea, oolong, white tea, pu-erh, and many others. Herbal tea is not actually tea at all, but technically called a ’tisane’, a French word for an herbal infusion.

The way tea is processed changes its flavor quality. Green tea is the least processed, simply steamed and dried, yielding a tea with a light character. Yellow tea is overly steamed, compared to green. Oolong tea is dried in the sun, and also undergoes an oxidation process. White tea is simply dried in the sun. Black tea is one of the most processed types, being oxidized more than oolong. Black tea has a much richer and darker taste than other types of tea. The location where the tea is grown, or its terroir, is also important, just as a fine wine is determined by the climate and soil where it is grown. Each tea growing location will impart its own particular characteristics and taste to the tea. For example, Jin Xuan milk oolong tea is a particular variety developed very recently in 1980 in the high mountains of Taiwan. This tea has a characteristic milky taste. This taste can be added by steaming or steeping the tea in milk before drying, but in the highest quality milk oolong the taste is present in the tea naturally, because of its growing region.

In Chinese medicine, tea is sometimes added to an herbal formula, because it is actually considered to have medicinal properties. It gives you energy when you feel depleted. It helps with digestion, especially when it comes to digesting greasy foods. In fact, in some Chinese restaurants, they clean the tables with tea left over in the teapot. It also has antibacterial properties. For this reason, it is also beneficial in preventing tooth decay. It also has a bit of naturally occurring fluoride. Tea also has some anti-cancer properties.

Tea is both calming and invigorating. In fact, Buddhist monks often drink tea before a long period of sitting meditation, in order to stay alert. Tea is also good for alleviating headaches. A well-known herbal formula in Chinese medicine, Chuan Xiong Cha Tiao San, is a formula containing Chinese herbs and also green tea. The tea’s function in this formula is to clear the heat rising to the head.  Wet Japanese ban cha tea bags can be placed over the eyes to alleviate glaucoma. There are literally hundreds of medicinal uses for tea, and the better the quality, the greater the healing effect. Take some time out of your day to explore the wonderful world of tea.