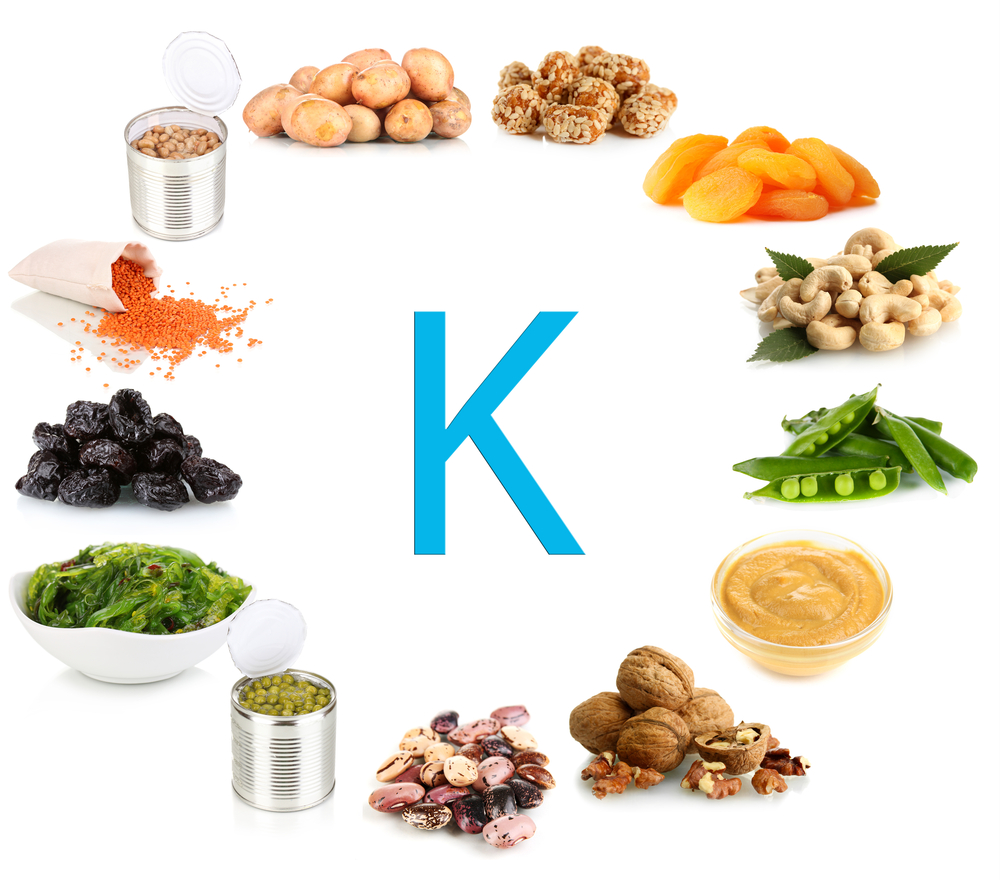 Following the previous blog post on Vitamin D, let’s now take a look at a related vitamin – Vitamin K. Vitamin K is the key vitamin that helps the blood to clot. The technical term for blood clotting is ‘coagulation.’ This is how I remember what Vitamin K is good for: K = Koagulation. Vitamin K deficiency to the point of having bleeding problems is rare, and symptoms may include easy bruising and uncontrolled bleeding. (It is standard to give a single injection of vitamin K to newborn infants in order to prevent any bleeding problems, since they lack sufficient vitamin K in their systems). However, as with vitamin D, even if your deficiency is not extreme, you may need to supplement in order to reap its other health benefits.

There are 3 types of vitamin K. Vitamin K1 is found in vegetables, especially leafy greens. Vitamin K2 is mainly found in fish, meat and eggs, and also made by the beneficial bacterial in the digestive tract. Vitamin K3 is the synthetic version, and has been known to cause toxicity, so is not recommended. You can generally get enough vitamin K through diet to ensure proper blood clotting, but not enough to give you other health benefits. K2 is the version that is recommended as a supplement.

Along with vitamin D, vitamin K plays a key role in keeping the bones strong, and some vitamin D supplements include K as well. Both are needed in order for the other to function properly in your body. Vitamin K is also essential for cardiovascular health. It helps prevent atherosclerosis, or hardening of the arteries. As we age, calcium is deposited on the linings of the arteries, and may eventually lead to blockage. Vitamin K2 along with Vitamin D3 may prevent this calcium deposition, and therefore prevent heart attacks and strokes.

Vitamin K2 also may increase insulin sensitivity, and therefore help to prevent type 2 diabetes. If you have insulin resistance, you may have plenty of insulin circulating in your bloodstream, but the insulin receptors on the cell walls fail to recognize it. Glucose is a type of sugar, and is the energy source for the entire body, but in order for you body to be able to use it, it needs to get into your cells. Insulin can be thought of as the ‘key’ that unlocks the cell, allowing the glucose to enter and be used for energy. If your cells do not recognize the insulin, the glucose cannot get in and be used, and the amount of sugar in your bloodstream remains too high, causing many health problems. Vitamin K helps the insulin to be recognized by the cell, so the sugar can be used as fuel.

Vitamin K may also prevent tooth decay, and even Alzheimer’s dementia. If you think you may benefit from vitamin K supplementation, it is recommended that you check with your doctor or other health care provider.

The post Vitamin K – What is It? Why Do I Need it? appeared first on Merry Clinic.