Written by Teresa Durling
Filed under
Skin Care
Previous / Next 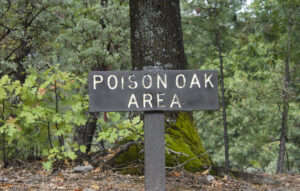 Besides sunburn, because more of your skin is generally exposed in the summertime, it is common to encounter something that your skin really doesn’t like. Certain plants, and even the sun, may cause skin irritation. What are some things you can do for your skin when this occurs?
• Poison Ivy/Oak/Sumac
o Immediately wash the area with soap and warm water
o The oil from the plants, called urushiol, is what is causing the rash. It is basically an over-reaction of the immune system. There may be oils on your clothing, or anywhere that may have come in contact that the plant. Wash all exposed clothing to avoid spreading the rash to another area
o It’s very difficult to resist the urge to scratch, but scratching can cause it to spread, and may also lead to skin infection
o A great product to remove the oils is a lotion called Tecnu. It can be found in most major drug stores. Tecnu is used to wash the skin within a couple of hours after exposure and can help to avoid the rash from appearing. They also have other products that can help to alleviate the rash after it has appeared
o Merry Clinic’s EcDermaid capsules and Skin Detox formula is an indispensable ally in treating the rash from inside your body. The way they work is by balancing your immune system, making it less reactive to the oil. And they also help the skin to expel any pathogenic toxins caused by the rash. EcDermaid spray is also very soothing to the skin – it delivers fast relief of itching and redness
• Sun Rash
o Sun rash is a type of autoimmune reaction in which the immune system mistakes components of the skin that have been damaged by the sun as being foreign, and mounts an attack to ‘protect’ the body from the sun. This results in a red, itchy, inflamed rash
o The best treatments include:
 Get out of the sun, and take a cool (not cold) shower
 Apply aloe vera. If refrigerated, aloe can be very soothing
 Take Merry Clinic’s EcDermaid capsules. This herbal formula is very cooling to the skin, and calms down the rash from the inside of your body
 Use EcDermaid spray to cool and soothe the skin
 Apply refrigerated brewed green tea to the rash
• Prickly heat
o This is a condition of blocked sweat ducts and clogged pores, with trapped sweat beneath the skin, common during hot, humid weather
o Keep skin cool and dry, and try some of the skin-cooling methods described above
• Swimmer’s Itch
o This is caused by a microscopic parasite found in lakes, ponds, and ocean
o The rash will go away on its own, but you can use the EcDermaid spray and capsules to speed up healing
• Mosquito bite / bee sting
o Paste of baking soda can neutralize the substance from the insect that causes the pain, itching, and swelling
o Ice can decrease the redness, itching, and swelling
o Natural toothpaste, applied to the bite, can relieve pain/itching

The post What to Do About Common Summertime Skin Rashes appeared first on Merry Clinic.